All articles tagged with "Jeanssitting"

When this mistress found out that her assistant was lusting after her, she knew that it was time to do something about it. She did not hesitate to facesit on him and she did it with her hot ass. It was to make his dreams come true and punish him at the same time and she pulled it off like an expert. But she told him that shit had to end that day.

This mistress was angered as to how her cousin could hit on her. She had thought he was joking but when she realized he was serious, she felt offended and she had to put an end to that nonsense. So she facesat on him and she farted on his face to make sure he never thought of such things again. He apologized before she let him go with a warning.

Madame Marissa wanted money from this guy and she knew how to get it. She pretended she was teasing him and that they would have fun and the guy bought the lie. As they were playing, she facesat on him and at first it was playful and but she slowly made it painful and humiliating. She choked him as she did so and he had to beg for mercy and even pay her in order for her to let him go.

Mistress Gaia loves weak boyfriends because she can beat them up especially when they mess up with her. She loves to be in control all the time and when this boyfriend tried to go out of the script, she facesat on him and she choked him. He was in pain and he cried. The guy promised him that he had learned his lesson and he would not do it again.

Mistress Anna distracts guy before facesitting on him

Mistress Anna loves to distract guys before she facesits on them. For this guy, she used her sexy ass and her big tits to do it. He was into them and he did not notice what she was planning to do to him. The mistress cruelly facesat on him and at first he liked it but as time went by, he was in pain and he was almost choking.

Lady Kara rubs clit on slave's face while facesitting on him

Madame Marissa wanted to make sure that her slave was not going to join bad groups that would influence what he did. She decided to humiliate him using her facesitting fetish so as to send a message to him. She crushed his face with her ass and she was wearing jeans which made it worse. She made him lick and smell her stinky and sweaty ass before she let him go.

Goddess Amirha wanted to send this guy away. She was not happy with his work ethic and she did not have the time to make him change. She decided to humiliate him and since he was new, she knew her humiliation would make him run away. She facesat on him after tying him using plastic wrap. She had fun torturing him and toying with his breath. He ran away as she had predicted. 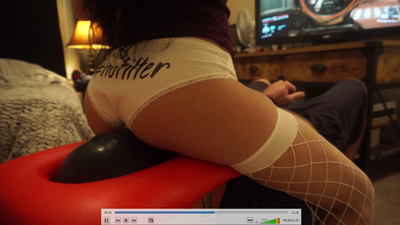 Buy this video at Yezzclips.com now!

When mistresses Maddy, Meg and Britney realized this guy was the one behind the recent rumors about them, they knew they had to make him stop spreading the rumors and most importantly, punish him for what he had done. The mistresses hunted him down and they caught him in his house where they facesat on him, degraded him and did all kinds of things to him till he begged for mercy and promised never to do it again.